Notes on the built environment of Kuching, Sarawak in Malaysian Borneo​

The port City of Kuching, located on the western coast of the Malaysian Borneo was founded by Sir James Brooke in 1839. Kuching, together with the whole of Sarawak were previously under the control of the Brunei Sultanate. Brooke who was a military man under the British flag and the British East India Company became the rajah of Sarawak when that title was conferred to him by the Sultan of Brunei Pengiran Mahkota in 1841 and in perpetuity in 1846. It was conferred to him after he helped the sultanate defeat a rebellion lodged by members of the Bidayuh and Malay indigenous groups in the late 1830s. In 1863, Brooke returned to England and was replaced by his nephew Sir Charles Anthony Brooke as the raja in 1864. Following the death of Charles Brooke in 1917, he was succeeded by his son Sir Charles Vyner de Windt Brooke who served until 1946. These three Brookes are known as the White Rajas of Sarawak, the leaders of the Brooke Raj or the dynasty of British rajas in pre-Malaysia Sarawak. These three were instrumental in the construction of the architectural landmarks that we see today in Kuching

Architectural historian John Ting of the University of Canberra in Australia describes the architecture of the Northwest Borneo (Sarawak) in the early 19th century as Austronesian, specifically as the Southeast Asian Austronesian houses. These houses are identified as raised, built of local materials, composed of three parts which are the space below the house normally for animals, living area, and roof and built on the belief that these are living structures. This type of dwelling is widespread in the riverine communities called kampung in Sarawak which includes Kuching prior to the arrival and during the reign of the British rajas.

Another form of indigenous architecture is the Malay house which basically rectangular in form with steep roof. Aside from these, there were also the typical longhouses and mosques which were all made of light materials. The mosques then follow the traditional form widely practiced in Southeast Asia – squarish in form with pyramidal roof.

During the reign of Charles Brooke, a number of fortifications were constructed in key areas of Sarawak including Kuching as defense posts against possible attacks from local indigenous groups. Structures of civic and religious importance were also constructed in Kuching in the 19th century.

The city then was a self-segragated area where heterogenous communities of Chinese, Indian, and Malays live and thrive in different areas but peacefully co-existing with each other.

The construction of fortifications, government, and civic buildings in the whole of Sarawak continued through the reign of the second White Rajah.

The modernization of Sarawak started in the early 20th century with various infrastructure projects from roads to subdivisions to the development of detached houses. Shophouses and longhouses remain in the architectural landscape as with the previous century.

Sarawak’s built environment was largely concentrated in Kuching, it being the capital town and government center.

Developments in Sarawak including Kuching during this period until its annexation to Malaysia in 1963 include the emergence of Western-style houses, construction of concrete dwellings, hospitals, and schools.

New shophouses were also constructed of cement. Earlier shophouses during the reign of Charles Brooke were made of wood but were replaced with bricks in the 1860s.

In Kuching in particular, new constructions include a dry dock, power station, and reservoir to name a few.

Cinemas also emerged during this period such as the Art Deco Rex and Capitol theaters. 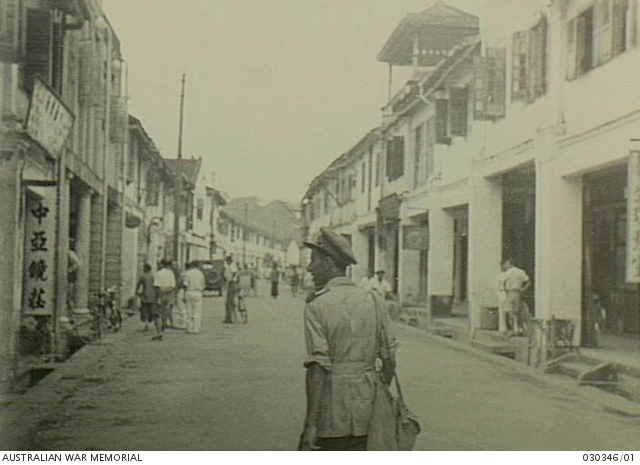 Strolling the Waterfront, a riverside linear park in Kuching is both relaxing and pleasing to the eye as the old and new mix harmoniously with the landscape pierced by the Sarawak River.

This is part of the city’s historic center where Kuching’s old settlement was located, a riverine community of houses built of light materials.

Today, 19th to the early 21st century structures form part of its rich built environment spanning the reigns of the White Rajahs until the term of chief minister Abdul Taib Mahmud who served from 1981 to 2014.
Across the river from the Waterfront are two extant late 19th century structures that form part of the Sarawak fortifications – Fort Margherita, named after Brooke’s wife Ranee Margaret and the Astana.

The fort, constructed in 1879 originally served as a guard post against pirates but never functioned as such while the Astana, built nine years earlier was a manor house gifted to Margaret by Charles Brooke when they got married. It now serves as the official residence of the governor of Sarawak.

In between these two heritage structures is the impressive Sarawak State Legislative Assembly Building constructed from 2004 to 2009.

This imposing edifice resembles a nine-pointed star capped by a roof inspired by the Malaysian royal umbrella called payung negara. It is described as a modern-folk building and the main landmark not only in Kuching but in the whole of Sarawak.

That side of the river and the Waterfront is linked via the Jambatan Darul Hana, a modern pedestrian bridge constructed in 2017. Blending well to city’s landscape, this well-thought-of bridge is popular to both residents and tourists.

Aside from these, other interesting structures located at the Kuching Waterfront are the Chinese Courthouse (1912), now the Chinese History Museum; Sarawak Steamship Building (1930) which is now a commercial structure; Square Tower (1879), now a fine-dining restaurant; and the newly-opened Floating Mosque. This mosque is one of at least eight places of worship in Kuching’s historical core.

The others include the Masjid Bandaraya Kuching or Kuching City Mosque which replaced an old wooden mosque in 1968; Masjid Bandar Kuching or the Masjid India, the oldest extant in the city having been built in 1879; St. Thomas Anglican Cathedral, originally built in 1856; Taoist Hong San Si Temple built in 1848; Siew San Teng Temple which was originally from 1770; and the 1889 Hiang Tiang Siang Ti Temple.

Another Kuching religious landmark is the St. Joseph Cathedral first built in 1894 but was replaced by a modern concrete edifice in 1969. The first church was particularly interesting as it was built in the Neo-gothic style.

This old church’s facade was flanked by two belfries which both had Gothic arches on the lower and topmost levels. The second tiers of both belfries which were topped with triangular pinnacles, were pierced with oculi. The main portal meanwhile had three Gothic arches. Its facade including the pediment had a large central window.

Apart from places of worship, museums also abound in Kuching.
These include the aforementioned Chinese History Museum; Sarawak Museum which is housed in an 1891 edifice of French provincial architectural style; Sarawak Islamic Museum in the 1930 Maderasah Melayu Building; and the Textile Museum at the 1909 Pavilion Building.

Beside the Textile Museum which showcases Bornean textiles is the1886 Round Tower which once served as the city’s Public Dispensary.

Adjacent to this are the General Post Office Building built in 1931 and the Old Courthouse (1871), the original seat of the State’s government and now converted into the Ranee Museum, restaurant, exhibition area, and auditorium.

In front of this building is the Rajah Charles Brooke Memorial, an obelisk dedicated to the second White Rajah of Sarawak.

Other notable heritage edifices in the city include The Marian, a lodging house on Wayang Street, originally the abode of the Ong family built in 1885; the Drying Tower of the early 20th century Old Fire Station; the Japanese Administrative Building built during the Second World War; Central Police Station (1931); and the Old Government Printing Office (1908), now the Sarawak Museum Department.

Standing “tall” ns this “City of Harmony” are shop houses in the Chinese and Indian areas which today, still function as such or repurposed into bars and restaurants.

Exposed walls are converted into canvasses for public art, distinct for the images are culturally and historically-rooted.

The developments around Kuching today are as striking as its history and the peaceful co-existence of its peoples.

Sarawak Tourism Board describes the city as romantic and displays its appeal “with such an easy grace.” Its historic core is indeed well preserved with a well-planned sectioning of the old and new.

It is inviting and a walk at the city center is a walk through the different layers of history, architecture, and everything in between.

And while other cities such as Manila keep on building monotonous structures, Kuching’s buildings are built with respect to the general architectural layout of the area.

To say that its charm, beauty, and order are captivating is an understatement.

The Marian. The Marian: A Boutique Lodging House [Brochure]. Kuching, Sarawak: The Marian.